From den4b Wiki
Jump to navigation Jump to search 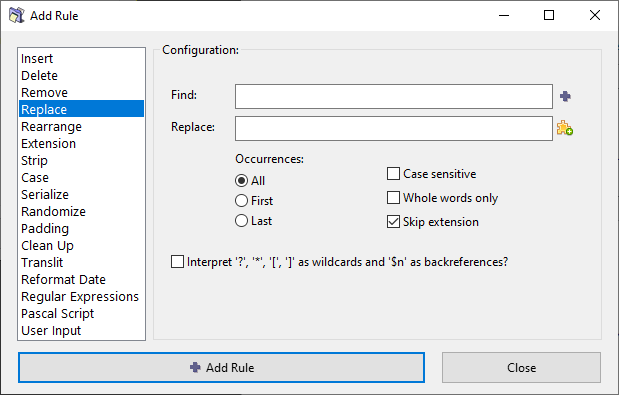 Use '$n' as 'Backreferences'

Explanation:
the '*' will find any amount of signs and store them in $1,
but stops on next space, as we wanted to find a space next,
followed by another '*', now stored in $2.


In this simple constellation this will work fine, and the two parts are swapped
and a hyphen is added in between as we told so in the replacement.

For more complex issues you may better use a full featured RegularExpression rule.

If you enter multiple find and replace strings they will be executed as multiple Replace rules, so first string will go first and only after replacing all (or first, or last) occurrences of that string the second string in the Find box will be searched & replaced.

If you need to apply character-to-character mappings you should use Translit rule.